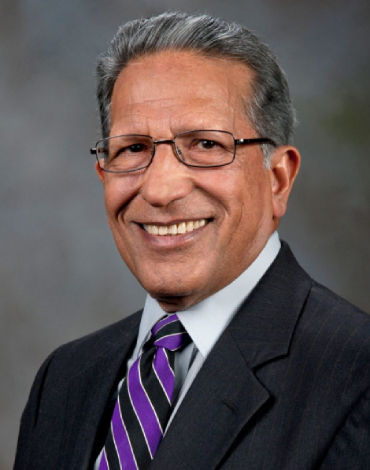 Global Ambassador of Institute for Critical Technology and Applied Science

Dr. Roop L. Mahajan is Lewis A. Hester Chair Professor and Director of the Institute for Critical Technology and Applied Science at Virginia Tech where he also concurrently holds a joint appointment as tenured professor in the departments of Mechanical Engineering and Engineering Science Mechanics. He has more than 35 years of experience working as an interdisciplinary scientist and leader within both the private and educational sectors.

Mahajan came to Virginia Tech in 2006 from the University of Colorado at Boulder where he served as a Professor of Mechanical Engineering, the founder director of a highly successful NSF Industry/University Cooperative Research Center on Advanced Manufacturing and Packaging for Microwave, Optical and Digital Electronics (1995-2005), and a co-founding directors of another interdisciplinary center on Micro Electronic Devices in Cardiovascular Applications (1999-2006). There, he also served as Interim Dean, College of Engineering (2001-2002) and established a state-of-the-art Nanoscale Characterization Facility. Prior to joining the University of Colorado, Mahajan worked with AT&T Bell Laboratories-Engineering Research Center, Princeton, NJ, from 1976-1991 where he conducted and led research of high caliber in the thermal sciences, including advancing the fundamental understanding of transport phenomena in vapor phase soldering, chemical vapor deposition and thermal management.

Professor Mahajan is a prolific and outstanding researcher who has gained stellar reputation in both traditional academic pursuits and industrial research. During his professional career spanning a period of over 35 years, he has made contributions in a number of research areas including convective flows, transport phenomena in semiconductor manufacturing, electronic packaging, artificial neural networks, nanotechnology, humanistic engineering and most recently bio-MEMS (Micro Electro Mechanical Systems).

Roop’s research can perhaps be best summarized by the following three characteristics: (i) high quality; (ii) a seamless transition from basic to applied research, and (iii) interdisciplinary. His greatest strength is as a forward-looking bold thinker, with the pulse on the latest trends in technology. He has proven to have an unerring instinct as to where technology is going and how to get there first. He has the courage and confidence to pursue and implement his vision.

This pioneering approach and passion for excellence has won him accolades from the academics and practicing engineers alike, and has resulted in many awards and honors including the prestigious Bell Labs Fellow Award for outstanding technical contributions in advancing the manufacturing science of the thermally-based processes of condensation soldering and silicon epitaxial crystal growth and his technical leadership in using this knowledge to advance the actual manufacturing science (1989), Boulder Faculty Assembly Award for excellence in research, scholarship and creative work (1999), ASME Heat Transfer Memorial Award (2002) for making outstanding contributions to the field of heat transfer, Subaru Educator of the Year Award (2002), Charles Russ Richards Memorial Award (2003) for outstanding achievements in mechanical engineering twenty years or more following graduation, and the Ralph Coats Roe Medal (2007) for lifelong contributions in communicating to the public the potential of engineering research for the betterment of society, and for contributions to engineering education as an inspirational teacher and role model to students and the 75th Anniversary Medal of the ASME Heat Transfer Division, 2013. He also received AT&T Technical Journal Great Boss Award in 1988.

BUILD YOUR CAREER WITH BUSINESS ANALYTICS

Virginia Tech Is Ranked No. 2 In Information Technology

BUILD YOUR CAREER WITH BUSINESS ANALYTICS

Virginia Tech Is Ranked No. 2 In Information Technology