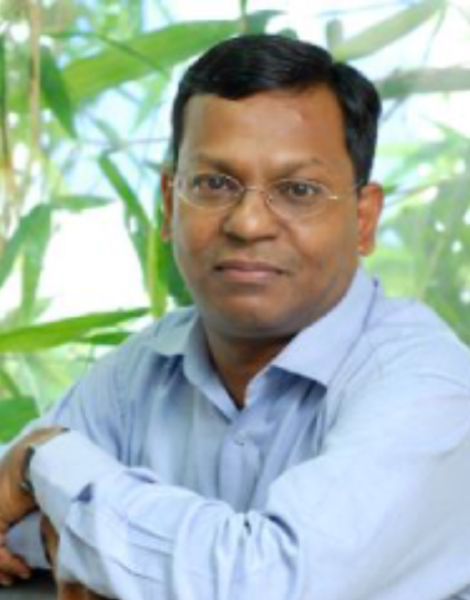 Muthu is parallel entrepreneur having been involved in several startups over last 20 years. Muthu has over 25 years of experience in Engineering, Management and Entrepreneurship. Muthu has a MBA in Multimedia Finance and Muthu’s passion is in Entrepreneurial Development, Mentoring, Management of Emerging Technologies and Innovation. Muthu’ s first-degree is in Engineering. Muthu is a British Trained Chartered Electrical Engineer and Chartered Member (IET UK), a Chartered Engineer (Engineering Council, UK) and an European Engineer (European Federation of National Engineering Associations). Muthu is also a former professor in management. Muthu has been a judge and mentor in many business plan competitions including IIM, IIT, Power of IDEAS, HSBC Business Plan Competition, McKinsey’s and several others in the last 15 years. Muthu was responsible in developing the Malaysian National Uniprenuer Development Programme (NUDP) at the Multimedia Development Corporation (MDC). Muthu was also a council member for the National Incubator Network. Muthu has mentored, consulted and facilitated participants from many parts of the world, these include companies like British Telecom, Institute of Public Administration Malaysia, Federation of Malaysian Manufacturers, Malaysian Employers Federation, Small and Medium Industries Development Corporation, The National Productivity Corporation, Malaysian International Chamber Of Commerce and Industry, The Institute of Leadership & Management (UK), Management Concept Asia Pacific, Shell, ExonMobile, DHL and others. Muthu is / has been a Visiting/Adjunct Faculty Member/Professor at several Universities in Malaysia and India. These include the prestigious Indian Institute of Technology Madras and Kanpur, Anna University Madras, Great Lakes Institute of Management, Chennai, India, National Institute Of Design, Ahmedabad ,India, Loyola Institute of Business Administration, Chennai, India, SMOT School of Business, Chennai, University Technology Petronas, Malaysia and University Multimedia Malaysia where Muthu teaches / taught Entrepreneurship and Management of Technology at Degree and Master levels. Before forming Muthu Singaram Consulting, Muthu was the Project Director at British Telecom at their Asian Research Center. In a span of 16 months the team filed 10 patents and 16 publications. One of Muthu’s project’s ODRWORLD an online dispute resolution service was a provider to eBay India. Currently Muthu is working on a Virtual international Business Accelerator aka VibaZone based in several locations. The vision is to develop and provide a virtual community of entrepreneurs or anyone wishing to participate in / building or growing a sustainable business in any area or industry. Muthu still involves himself with new startups and works with them to go to market.

Muthu’s recent major consulting assignment is for the Malaysian Government Agency (Agency Innovasi (Innovation) Malaysia) under the Prime Minister’s Office on industry driven Innovation, helping research and entrepreneurs in accessing technology and business models. This project requires hand holding of the team to commercialization. Muthu is also a consultant working with WIPO and UN and has travelled to deliver workshops in Indonesia and China recently on Industry and University partnerships for research commercialization. Muthu is a regular speaker at many international Entrepreneurship conferences and a lead facilitator for innovation and other workshops. Currently he is the innovation driver for several companies and Universities in Canada, India and Malaysia.

Muthu is a Mentor / Entrepreneur in Residence in several Universities. Muthu is a regular contributor to several major magazines and the author of two books Entrepreneurship: A Hands on Guide To Starting Your Business and Greenfields: Suggested Standard Operating Procedures for Incubators.